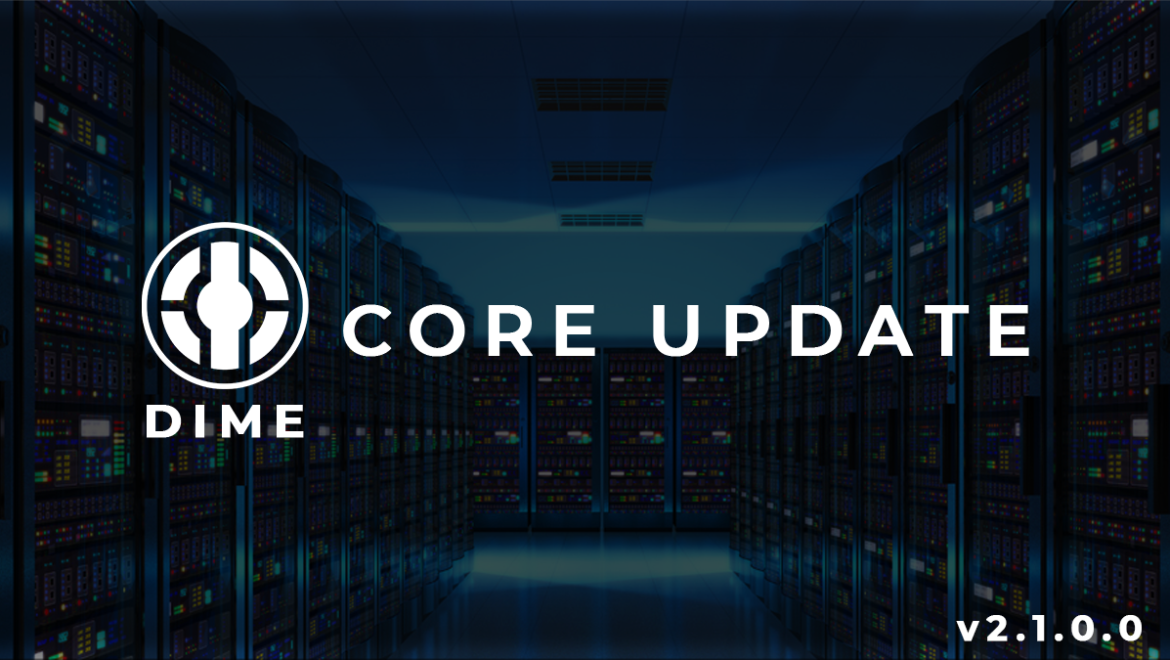 There is no need to worry if you do not update your software before block 5,075,000; it just means that your current software will not connect to the network and will require an update before you can connect to your existing wallet.

This is a new minor version release which includes various bugfixes and performance improvements. Please report any bugs using the issue tracker at GitHub:

**WARNING**: Before proceeding, make sure to backup your existing wallet — preferably on an external device!

Follow the link below for a detailed guide on how to backup your wallet:

How do I backup my desktop wallet? | Dimecoin Network
REMINDER: This documentation is always evolving. If you have not been here for a while, perhaps check again. Things may…www.dimecoinnetwork.com

Next, run the installer (on Windows) or just copy over `/Applications/Dimecoin-Qt` (on Mac) or `dimecoind`/`dimecoin-qt` (on Linux).

If this is the first time you are running a version post 1.10.0.1, your chainstate database will be converted to a new format, which will take anywhere from a few minutes to half an hour, depending on the speed of your machine.

Wallets created in 2.1.0.0 and later will not be compatible with versions prior to 2.0.0.0 and will not work if you try to use newly created wallets in older versions. Existing wallets that were created with older versions are not affected by this.

Dimecoin Core should also work on most other Unix-like systems but is not frequently tested on them.

Thanks to everyone who directly contributed to this release (in no particular order):