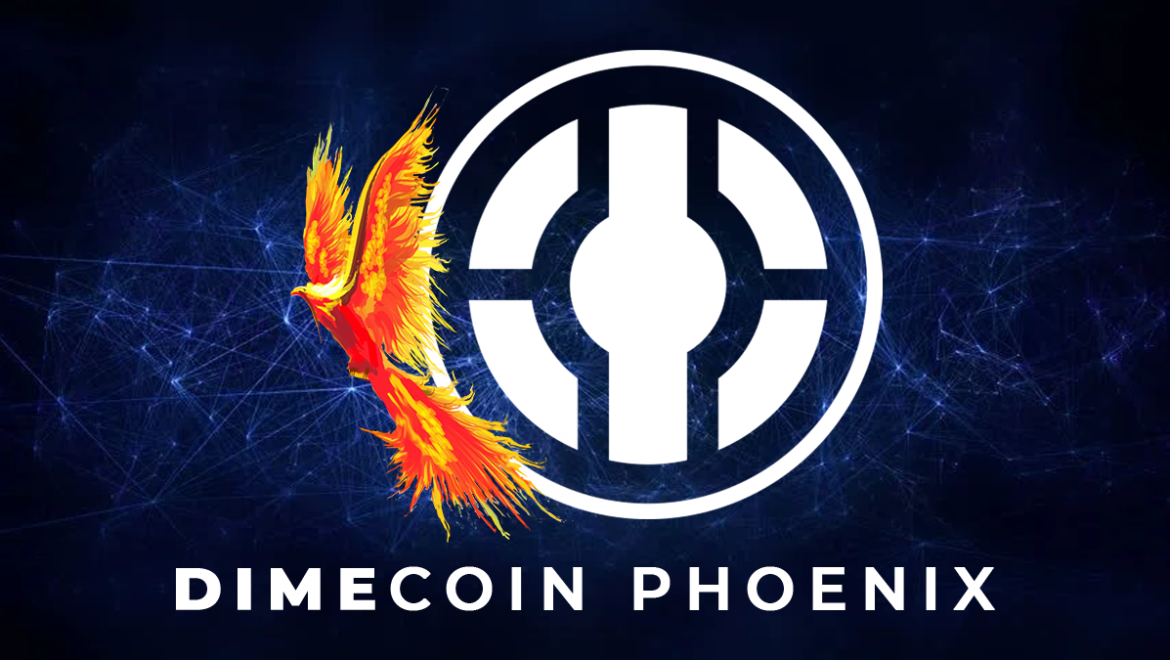 The anticipated Dimecoin Core update — version 2.0.0.0 aka Phoenix is now ready! This core update is a new major version release that includes new features, various bug fixes, and performance improvements. Additionally, there are some updated translations as well.

Here is a link to the latest software: https://github.com/dime-coin/dimecoin/releases/tag/2.0.0.0

Please report bugs using the issue tracker at GitHub: https://github.com/dime-coin/dimecoin/issues or by emailing us directly here.

**WARNING**: Before proceeding, make sure to backup your existing wallet — preferably on an external device!

Follow the link below for a detailed guide on how to backup your wallet if you do not know how:

Next, run the installer (on Windows) or just copy over `/Applications/Dimecoin-Qt` (on Mac) or `dimecoind`/`dimecoin-qt` (on Linux).

Now, the first time you run version v2.0.0.0, your chainstate database will be converted to a new format, which will take anywhere from a few minutes to half an hour, depending on the speed of your machine.

Dimecoin Core should also work on most Unix-like systems but is not frequently tested on them.

RPC and Other APIs

In the coming weeks, we will ensure the Phoenix upgrade remains stable during the transition to mainnet. Our initial priority after block 5,000,000 will be to address any issues/bugs we did not anticipate or could not catch during testnet/beta.

We have already started working on a light client (electrum) based wallet, which will initially be available for Windows and Android. Additionally, we have begun work on a new standalone SPV wallet for Android to upgrade users who currently have the Android wallet installed.

Further announcements will follow for testing and release dates for the new mobile and electrum-based wallets.

Lastly, thanks to everyone who directly contributed to this release (in no particular order):

Also, many thanks to those who helped with the extensive testing (too many to list!!!)