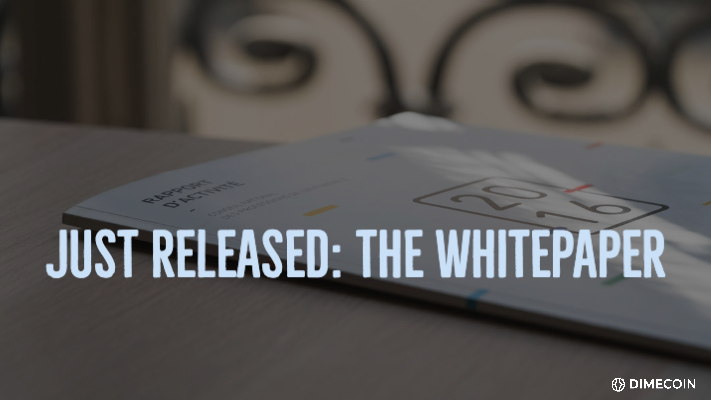 Dimecoin is currently a team of volunteers dedicated to bringing only the best to fruition in cryptocurrency.

Dimecoin’s Android wallet app is looking sharp after its latest redesign out of beta. The new look also includes a pack of useful features:

The basic functions, of course, are the same as popular payment systems. The app lets you send and request money using a Dimecoin address, or by using a QR code. The capabilities allow archiving to the Cloud, editing address books, browsing of transaction history, and it implements Simplified Payment Verification (SPV).

The unique functions include the point-of-sale (POS) “Request Coins” feature, which is useful for merchants to automatically generate a QR code with a specified amount requested. The functionality is not limited to USD, but includes all major international currencies — with conversions occurring in real-time. This is of importance to Dimecoin’s vision of “going global.”

Dimecoin’s blockchain is a decentralized, secure, and trusted money transfer which offers transactions averaging less than 10 seconds – with fees set near zero. Dimecoin’s Android wallet is the fastest way to complete transactions on the go.

Lead developer, Anthony Engelken, stated: “Releasing a mobile wallet option is an important step for Dimecoin, and critical to our vision of accessibility and mass adoption. We will continue to look for ways to improve our software offerings, and provide new products in the future to help expand our already growing community of users.”

Anthony, along with developer Alexander de Villechenous, coincided the Android release around the Windows 32-bit QT 1.8.0 update, as well as with the first ever Windows 64-bit release in Dimecoin history, which is available now.

“Releasing a mobile wallet option is an important step for Dimecoin, and critical to our vision of accessibility and mass adoption. We will continue to look for ways to improve our software offerings, and provide new products in the future to help expand our already growing community of users.”

Dimecoin continues to structure itself around community input, with core team members remaining heavily involved in social media outlets. Trust is being formed between the team and the community, which is a truly remarkable feeling for everyone involved.

Dimecoin issues this press release alongside the release paper on Dimecoin.

Choose from one of our many wallets:
Dimecoinnetwork.com/Wallets

The Dimecoin Android Wallet is available to download from:
Play.Google.com/store/apps/details?id=co.com.dimecoin.wallet

Join the community involvement and help us build the vision together!
T.me/DimecoinOfficialPublic