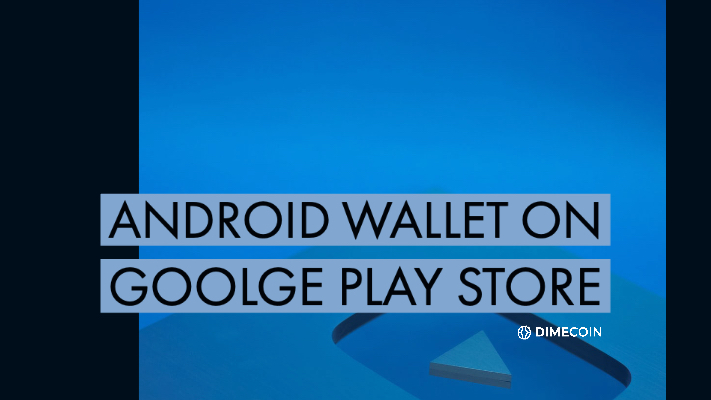 With the Windows and Linux wallet being released in February, that left the Android and iOS / OS X wallets left to be finished. At the beginning of April the Android wallet was pretty much complete, however we did not want to officially release it without making sure there weren’t any bugs that could potentially lead to a user losing their Dimecoins or any other unfortunate situation. The pre-beta version release had been posted in the Dimecoin Official Telegram group at the beginning of April for users to test the wallet and report any bugs that were found. After fixing all of the bugs that the community had brought attention to, and adding additional features that were suggested from both community and team members, the Android Wallet app was finally released to the public on April 13th on the Google Play Store.

The Google Play Store didn’t gain just another app, it gained the first official beta release of Dimecoin’s Android wallet app which is a first ever where Dimecoin is available for people worldwide to download and use a full functioning mobile wallet for users to send & receive Dimecoins. A major difference between the Windows or Linux wallets versus the Android wallet is the fact that there is no requirement to download the gigantic blockchain snapshot file (yes, the file that’s ~1.5GB in size) just to speed up the syncing process. Because of how the Android wallet is designed, there is only the need of downloading parts of the blockchain that are relevant to your wallet activity which greatly speeds up sync time, thus eliminating the necessity to download any large files before being able to actively use the wallet.

There will be updates being pushed to the Play Store periodically, most of the time these will just be revisions that fix minor bugs / glitches or help improve speed and stability, assuring the best possible user experience for our esteemed members of the Dimecoin community.

While there shouldn’t be any concerns of losing any sensitive data associated with your wallet, it is a good practice to ALWAYS backup your wallet before upgrading it to a newer version!

If you are interested in learning more about all of the features that the Android wallet has please look below where you can read through the complete list.

Whitepaper is about to be published very soon.