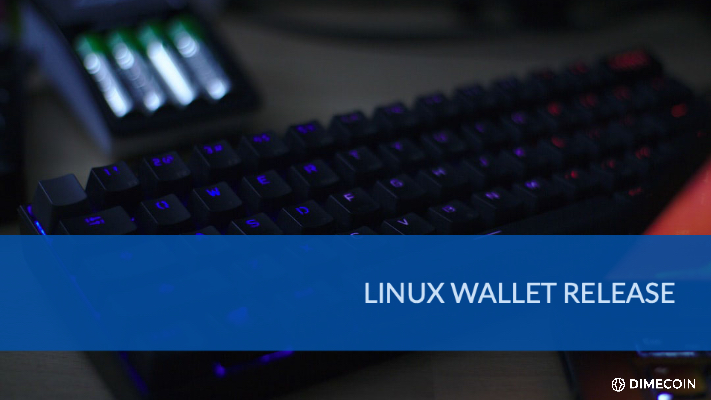 We just released a new revision of the Dimecoin Wallet which features an update of the blockchain checkpoints, which had not been updated for a long time by the previous team. While it is not a required update, checkpoints make the wallet more secure against hacking when the Dimecoin network is still small. Since we just revived Dimecoin, it is highly suggested to update your wallet, which is available on our Wallet page.

Together with this new release, we are proud to announce that also the Linux Wallet is ready. Please keep in mind that the Linux version is mostly intended for exchanges and to be built from the source code. Nevertheless we provided easy copy & paste commands to quickly build the wallet on Ubuntu and Mint distributions, as well as an Ubuntu executable.

The Windows build of the new version is coming soon.

Keep an eye out for some of our upcoming releases:

MacOS Wallet – We haven’t forgotten about you Apple folk. This is a big one and we will have more updates soon.

DimeStore 2.0 – This store will feature merchandise and various other products that will run solely on the Dimecoin Currency!

DimeDonate – Announcement outlining what it is, and how it can create exponential growth for the future of Dimecoin